I built the original version of Island Maker back in February and March. I was really happy with where version 2.0.0 landed. It’s been super cool to watch y’all play the game and post your scores in the comments.

Watching your feedback, I couldn’t help but think about how to improve Island Maker. Over the past couple months, I’ve been working on this update to make Island Maker even better. I hope you enjoy the changes! :-)

The biggest change for Island Maker 3.0.0 are the new levels. Instead of just a collection of random seeds, there are a few levels I hand made for you to play. You’ll still unlock dailies and random seeds, but these levels show up as an introduction now. I’d love to do another update after this with more levels and maybe even opening up the level editor for you all to mess with. But we’ll have to see how this update goes first before I get ahead of myself!

I added the Journal later on in the development of 2.0.0 to give you a guide for Island Maker’s secrets. In this release, I’ve given the Journal another big upgrade in the form of “rules” to help even more.

There are a lot of cool interactions in Island Maker. It can be hard to tell if you’ve found them all. And harder still to keep track of the rules once you have found them. Now, as you find unique interactions while playing they’ll be recorded in the Journal for your future reference! 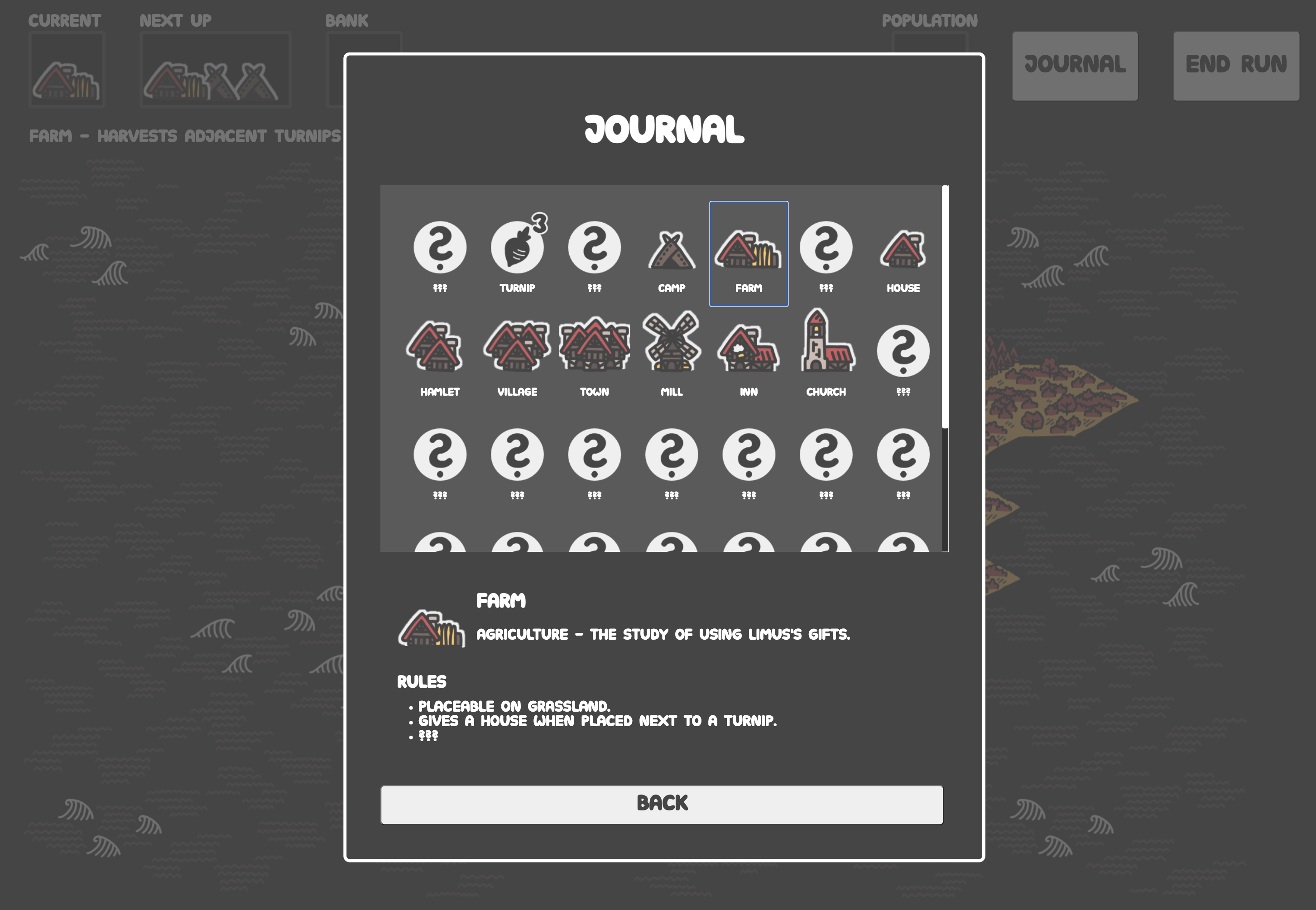 You can also see on objects you’ve found when there are more rules waiting for you to discover!

New levels to play have come along with a bunch of new buildings to discover. There are now 34 objects to unlock in the Journal. 10 of them are new ones added to Island Maker in this 3.0.0 update.

I changed a number of the object interaction rules with this update. When changing existing objects, I tried to focus on removing random outcomes in favor of giving you choices to make.

I don’t want to go into too much detail in this post. I’d rather let y’all discover all these new changes on your own! But, if you played with the old rules, be sure to check the Journal to see the new rules. Keep your mind open as you play. Not every rule you learned before will still apply.

I’m thinking about doing another devlog post where I go into detail about the rules in the game and why I changed them in the future. So let me know if that sounds interesting!

Thanks for playing Island maker! It means a lot that y’all enjoy this game I made. I hope this update brings you even more fun and let me know how it goes in the comments! :-)

I’m glad to hear that! I tried to give the buildings a more identity and unique applications with this update. :-)

this version is sick 😎💵😎