Working on a big update!

Working on a major update for Island Maker

I’m very happy with how the current version of Island Maker has turned out. It’s been a treat to see y’all get into sharing high scores and completing the journal.

Teach how to play

There are a couple big things I want to do in this new release. The first is to introduce a better on ramp to Island Maker. I’ve had several asks for a tutorial, and am hoping to deliver on that front!

The second is all about maps. The current map generation is pretty much totally random. I’ve weighted a few things so that you generally end up with a lot of land. And no useful fish, hah (oops). This version of the game is going to feature maps that help make your runs feel unique and interesting.

The solution I’m trying to knock these both out with, is to switch from just random level generation to a level progression system. This is what it looks like in my dev version of the game. 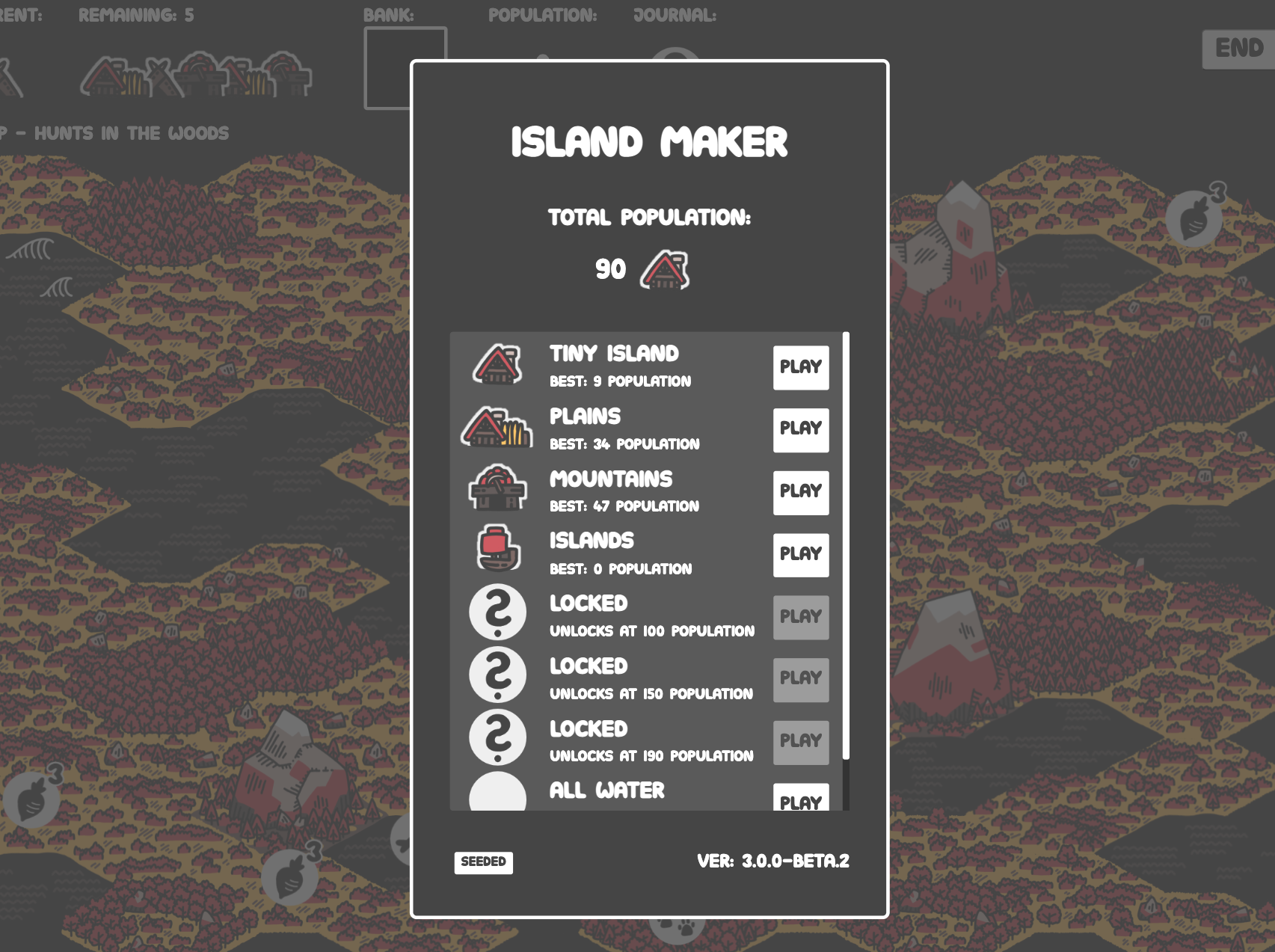 Your population in earlier maps allow you to unlock later maps. This gives you incentive to not just beat a map, but really learn how to master its mechanics.

These first levels are going to be handcrafted and designed to introduce different ideas as you progress. The first “Tiny Island” is the simplest of them. This one really drives home the basic population chain. Farms, houses, and camps! 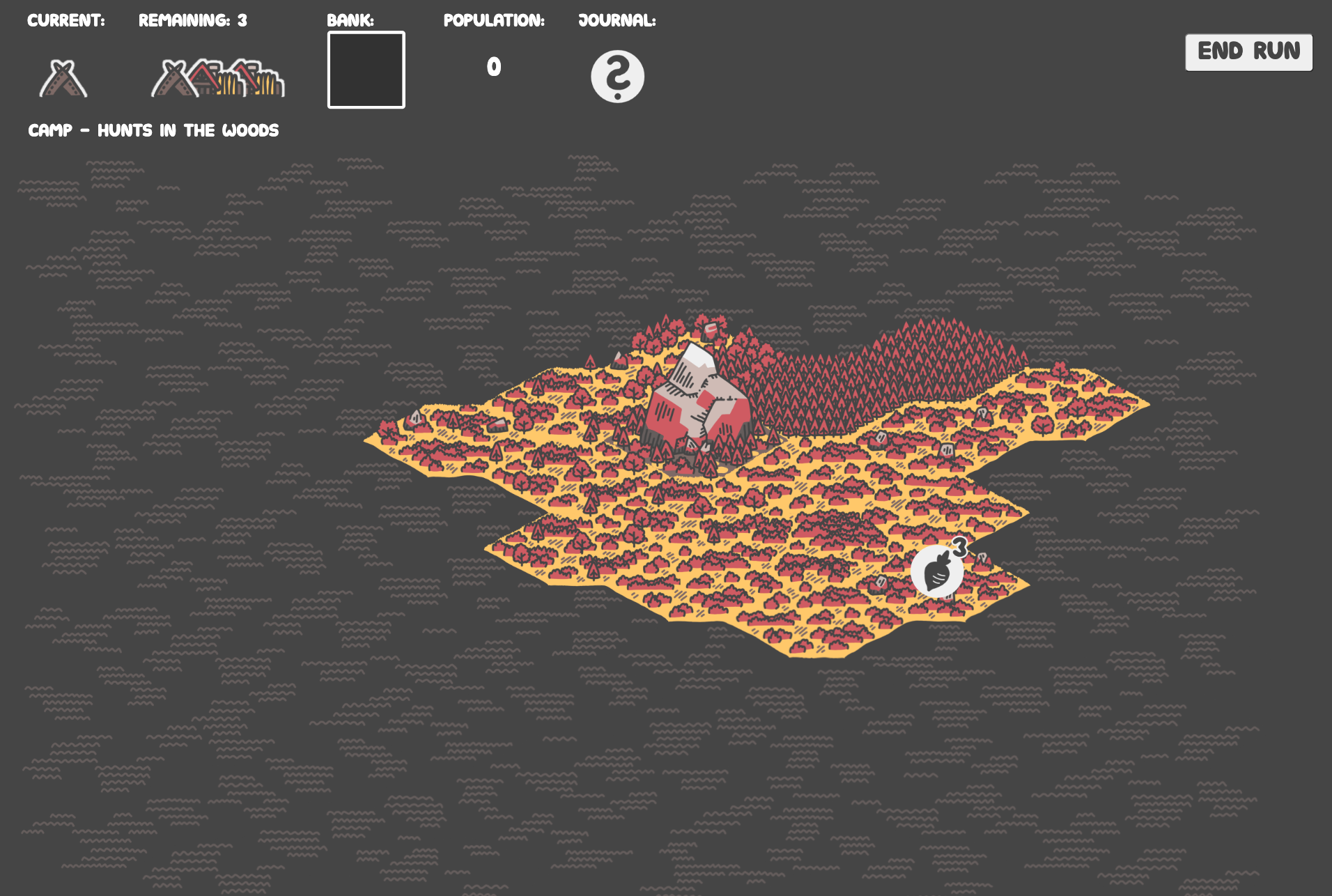 Later levels are going to still get pretty deep and try to focus on a particular advanced mechanic. I’ve built this mountainous map around playing with mines, quarries, and curses. 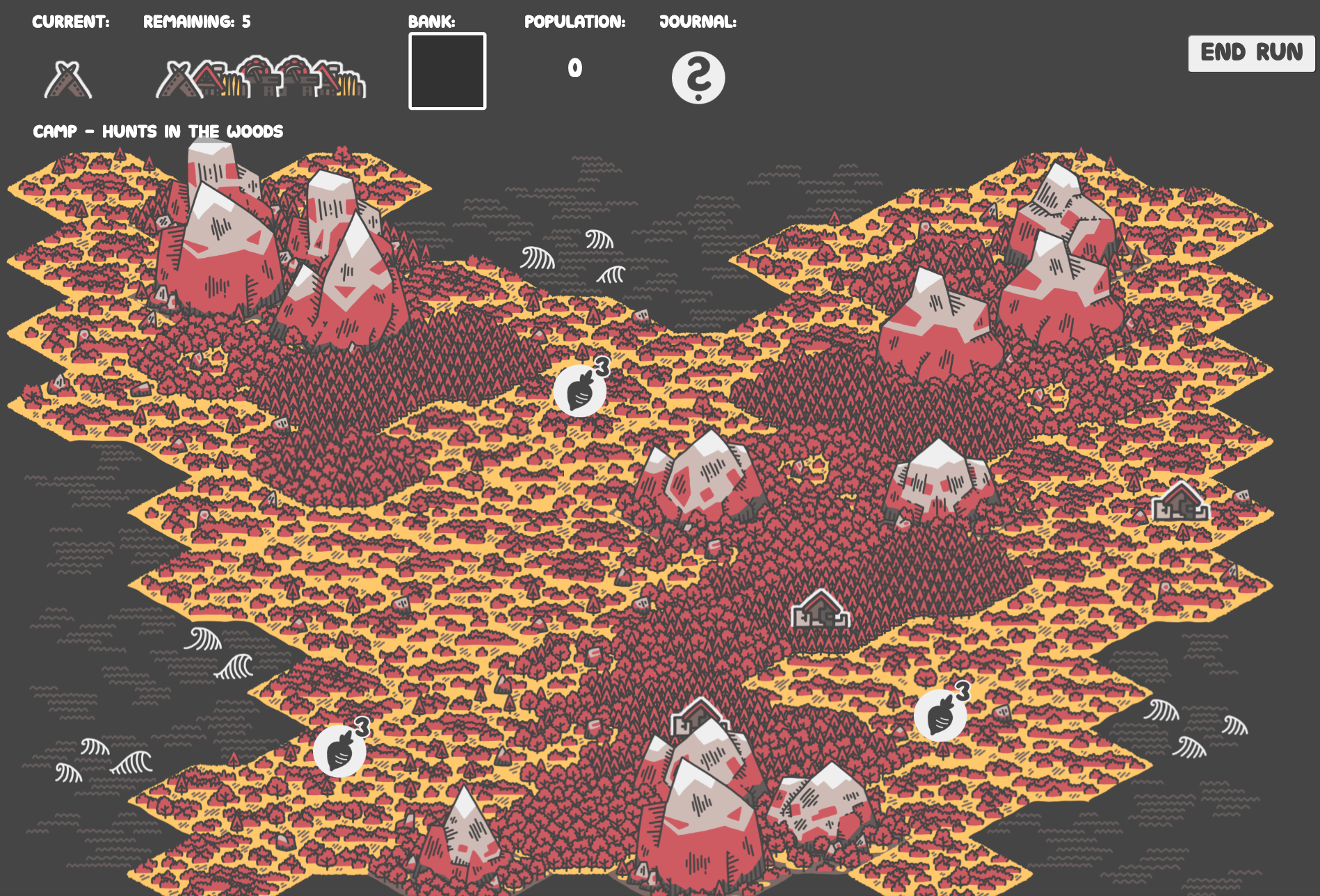 Making levels that only use certain objects has required me to do some rebalancing. I’ve needed to add new objects and change old interactions. Here’s a little bit of the madness I’m trying to sort out to make sure everything still works. 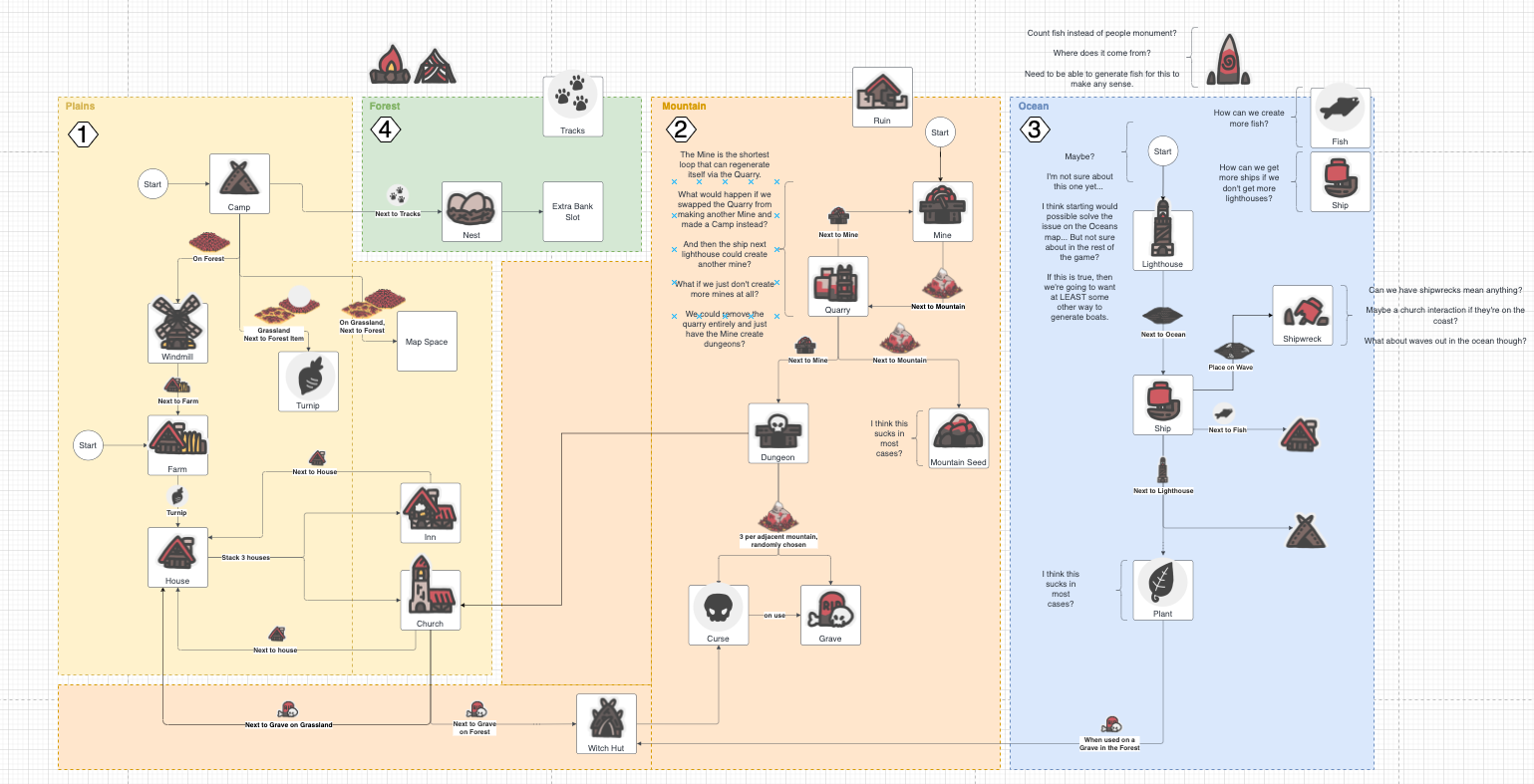 You can see some of the changes I’ve made already in this diagram. The later levels still feel like they’re going to need a lot more tweaking though. So, whatever I end up shipping is probably going to be a lot different than this!

Thanks for taking the time to see what I’m working on. If you want to hear about how this update is coming, be sure to join me in Discord.

What an extremely detaled chart 😅❤ love it!

what if shipwreck + lighthouse (maybe) = +1 population or house (i.e. saving the survivors)

That’s a fun idea! I was thinking about doing that with churches the same way graves work.